You are here: Home1 / News2 / MXGP3 / Jeffrey Herlings remains undefeated after 1-1 in Mexico 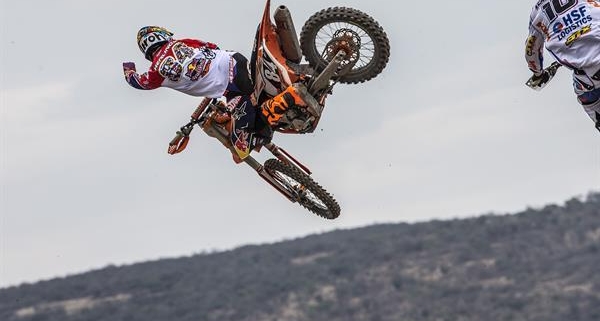 Red Bull KTM factory rider Jeffrey Herlings took a sweet victory in the MX2 MXGP of Mexico at the hard pack circuit at Leon to retain his record of being undefeated in all five rounds (ten motos) so far held in the 2016 MX2 world championship series.

Jeffrey Herlings won his first moto by 28 seconds and his second by 44 seconds. In the second moto he lapped up to place eleven and continually set one fastest lap after another as the race progressed. It was his first win on this circuit since a GP victory in 2012. In 2014 he raced here to 11th place riding with a fractured femur, and in 2015 he missed the round because of injury. As a rider who has long been considered probably the best on sand in the world, Herlings has now underlined he can be equally good on any surface. On Sunday in Mexico he never looked challenged.