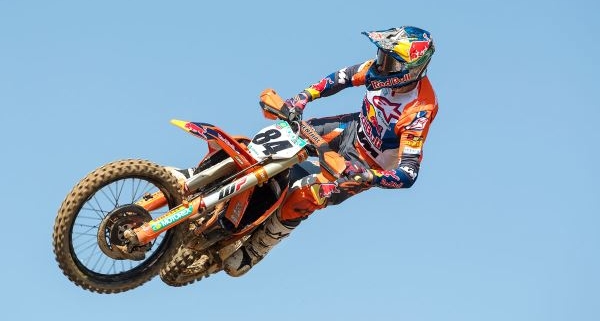 Jeffrey Herlings of the Red Bull KTM Factory team won both heats of the MXGP round of Turkey.  This served to continue Herlings’amazing run of having won a GP every single year since he’s entered the world championship ranks.

“We’re back at the top again,” Herlings commented. “Since 2010 I’ve won a GP every single year. That means ten seasons with KTM and 85 GP victories. It’s been a road of ups and downs, but we’ve come through again and I would like to thank Red Bull KTM and all my sponsors. I was determined to score a double heat victory here, and I found the perfect spot to pass Coldenhoff in the second race. We aim for a podium finish again at the final GP of the season in China.”

After the final GP of the 2019 season in China next weekend, Jeffrey will participate in a  beach race in Loon Plage in France, and then line up for the Dutch team at the Motocross of Nations on home soil in Assen.